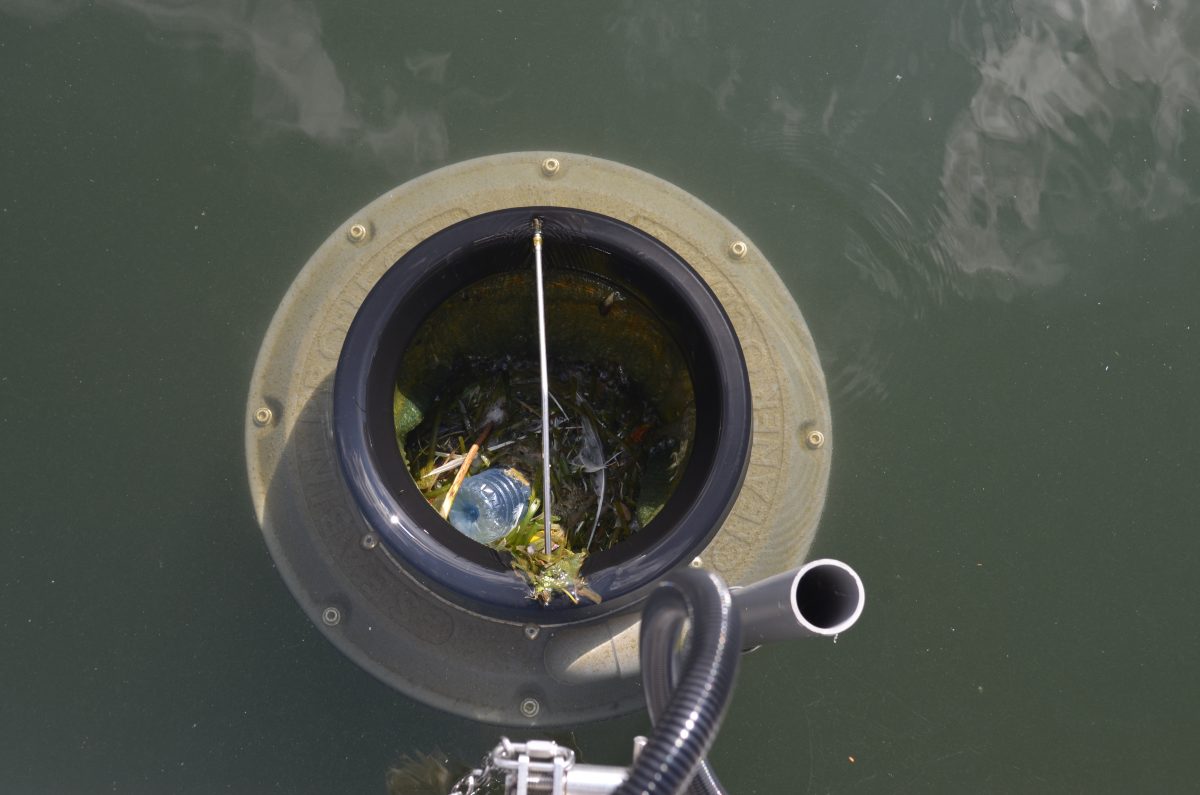 If you’re walking the docks at Harbour West Marina (HWM) you may notice a rather inconspicuous looking hole swirling in the water. Last week, Marina Manager Kelly Flood and our maintenance team installed a Seabin to collect any litter floating nearby before it enters the bay.

Connected to the nearest power outlet, the device works by suctioning surface water and debris down through a catch bag, holding any litter and microplastics over 2mm so they can be disposed of properly. The Seabin caught a range of food wrappers, plastic bottles, and many cigarette butts within its first 20hrs of operation at the marina.

Is floating trash a big issue in the Harbour? “Yes, this year especially with all the flooding we’ve had, you notice extra stuff floating around and usually we have to get it out by hand,” said Kelly. The Seabin has also serves as a visual reminder to minimize garbage around the water so it doesn’t end up in the lake.

The Bay Area Restoration Council has installed a similar type of technology, called a LittaTrap, around sewers as a lot of the litter on land gets into the drainage system and then into the lake. These devices working together build on the aesthetic goals the restoration set years ago. The City has also committed to installing another Seabin by the Police Marina this fall.

The Seabin was invented by two Australian surfers who were tired of swimming through oceans filled with garbage. The company works with ports and marinas specifically to catch litter before it enters other waterways. Marinas provide a controlled environment, with staff to monitor the devices, making them an ideal space for installation of this eco-technology.

So far, over 700 Seabins have been installed around the world. The company’s mission is simple: “to live in a world without the need for Seabins.”

To learn more, check out some of the related media coverage and interviews: