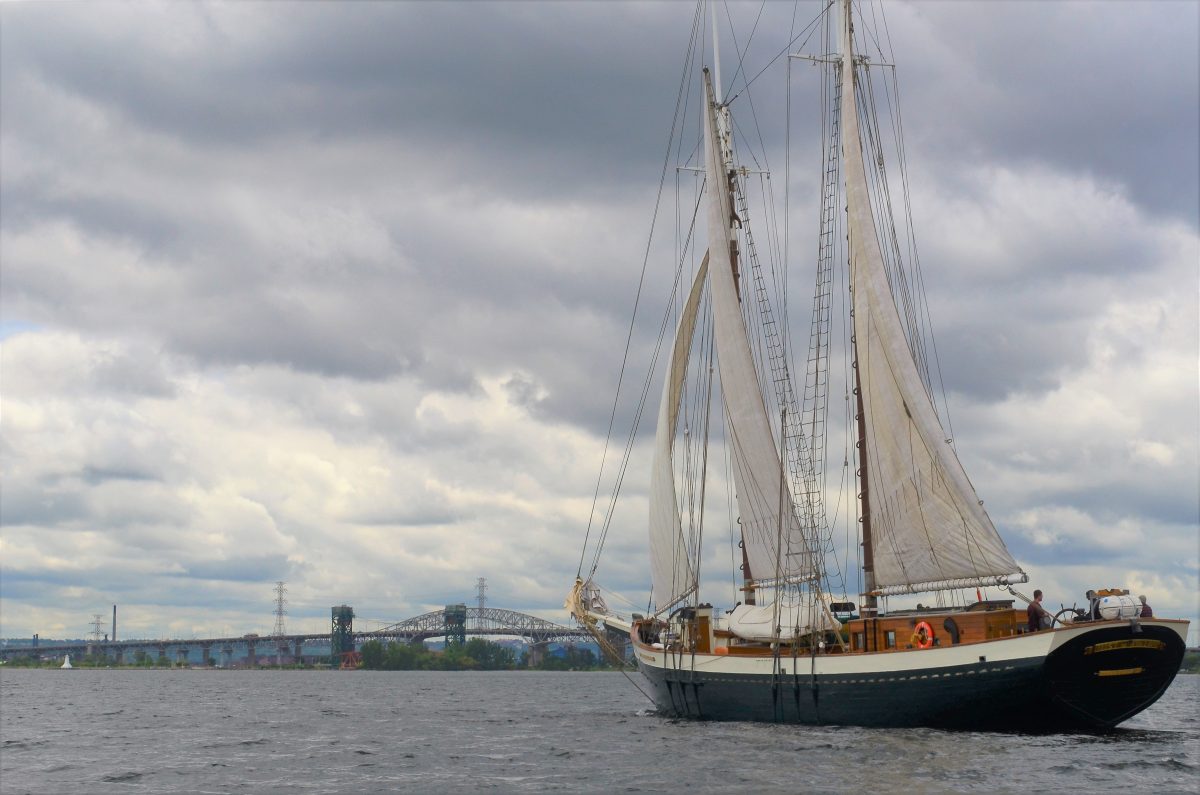 Message from the City of Hamilton, Waterfront Development Office:

Since then, Kehoe Marine Construction and Riggs Engineering have carried out physical model tests at the Queen’s University hydraulics laboratory. These tests were undertaken in December 2018, January 2019 and March 2019. Hydraulic testing results indicate the new cross-section is compliant and compares favourably with the specified wave attenuation criteria.

At the moment, Kehoe and Riggs are awaiting results from more testing at Queens University being carried out this week for tensile and sheer strength at the connection between modules of the breakwater. These results are expected early in the week of May 13th.

Along with the above testing at Queen’s University, all designs and materials will have undergone Finite Element Analysis testing to assure quality and longevity.

The frame material and steel tube floats have been delivered to Kehoe’s shop and fabrication of parts and sectional units has been underway as testing results confirm the design. As stated before, the breakwater will be fully constructed at Kehoe’s shop and assembled in the water at their site in Lansdowne, Ontario. The fully assembled unit will be towed in one continuous section to Hamilton as soon as the final testing noted above has confirmed the design of the connections and the units completed. Favorable conditions are required for the trip across Lake Ontario.

The existing breakwater will remain in position until the new breakwater arrives, with Kehoe’s crew checking its position and structure often. It has been monitored throughout the winter and is performing its wave attenuation duties as expected.

Once again, Kehoe and Riggs understand the breakwater issue has been a disruption to Hamilton’s West Harbour Marina operations. Their teams are taking the time required to ensure we have a safe harbour for many years. While keeping the approach that quality and longevity are top priority, they understand the City and the Hamilton Port Authority’s need to have this work carried out as soon as possible in the 2019 boating season. It is Kehoe and Riggs goal to have the new breakwater installed by August of 2019.